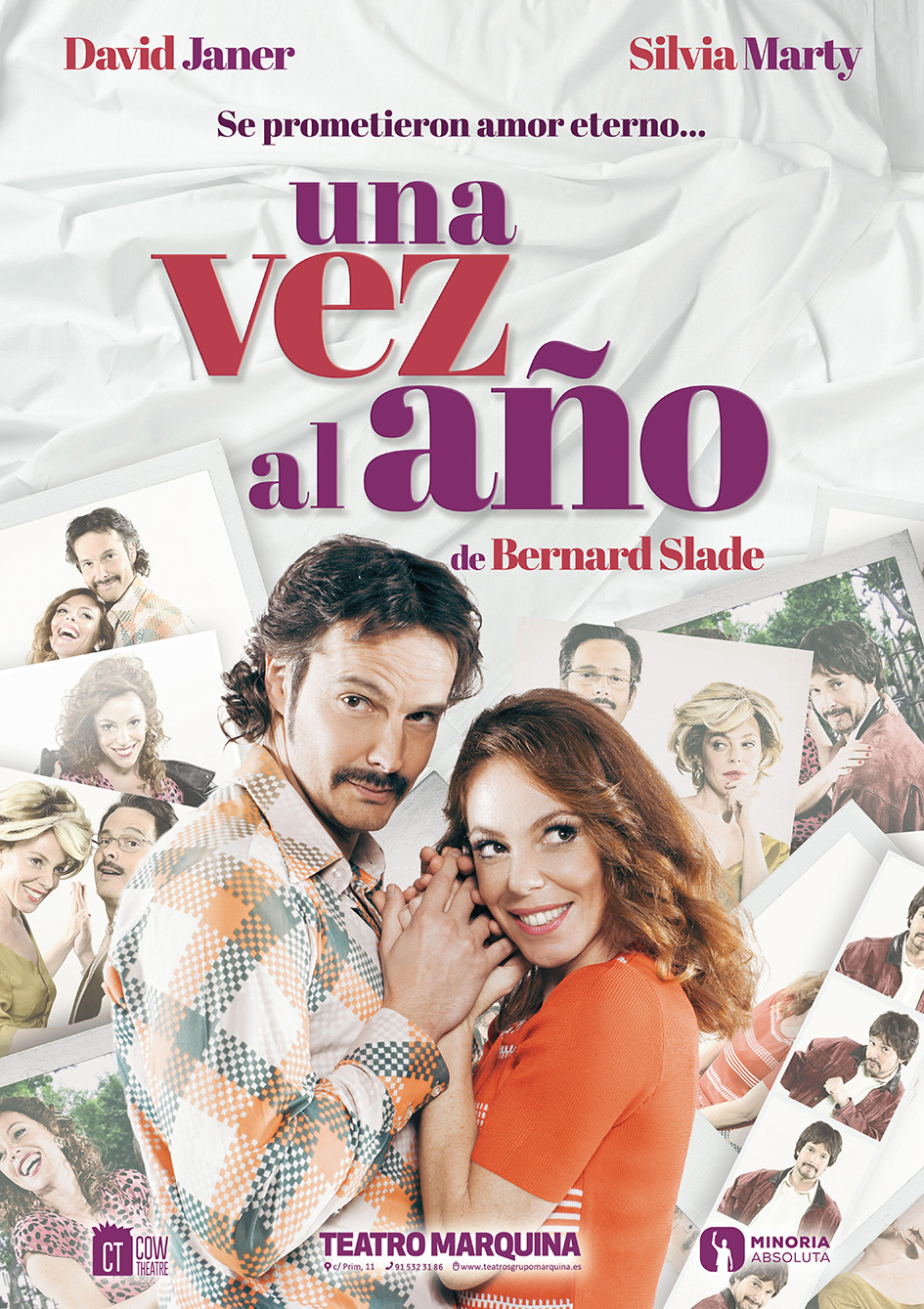 After its succesful run in Barcelona, where it became the most succesful comedy ever to be staged at the Poliorama Theatre, the Cow Theatre co-production Una Vez al Año is about to open in Madrid and the cast, opening date and official poster are now ready. Bernard Slade’s original play Same time, Next Year became a Broadway hit in the 70’s and told us how a couple of lovers secretly met once a year in the same hotel. These annual meetings, through the conversations held by the couple, were used by the author to make a portrait of all the social changes America lived from the 50’s to the 70’s. Hector Claramunt’s adaptation will take us from the Transition days in Spain back in the 70’s to the lively and colorful 90’s.

The Spanish poster, which we reveal officially, packs a couple of TV stars: David Janer, the unforgettable hero from Aguila Roja, and Silvia Marty, famous for her roles in Una Paso Adelante, Los Serrano or Amor en Tiempos Revueltos. March 22nd is our date and Teatro Marquina is our place in Madrid.